Why Exfoliating Salt glows are an amazing experience.


There are plenty of massage styles and techniques out there, designed to help you relax, soothe tense muscles and improve the appearance of your skin. None, though, is more exciting or unique than an exfoliating salt glow.

Okay, what’s an exfoliating salt glow, you may ask? 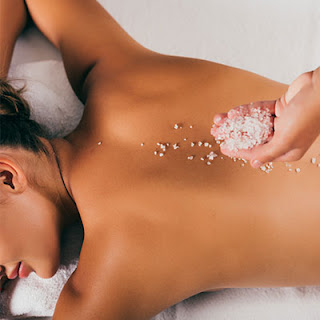 An exfoliating salt glow is a mineral-rich sea salt treatment that combines salt, dried seaweed with fruit enzymes to give your skin a healthy glow. First a therapist, like an esthetician in Henderson, applies the salt mixture to your skin in a soothing, rhythmic motion. Then, they leave it to do to its work before gently removing it with a towel, revealing new layers of skin beneath. Finally, they apply massage oils and creams, helping to make the skin more supple.

Do you want a salt glow? Check out the following benefits:

Remove Annoying Dead Skin From Your Back

The annoying thing about your back is that it’s permanently out of reach. You can never quite scrub it the way that you want, even with back-scrubbing implements.

By far the best solution is to get somebody else to do it for you. With an exfoliating salt glow, a professional therapist uses natural sea salts to get rid of all that annoying dead skin on your back and make it just as supple and fresh as the rest of your body.

The modern world is stressful and chaotic. Sometimes it’s nice to be able to go to a spa and unwind, allowing your troubles to melt away.

Salt glow is a relaxing treatment that allows you to do just that. A therapist gently applies salts and natural oils to your skin while you lie in peaceful surroundings, providing you with the ideal opportunity to unwind.

Get An Exfoliating Salt Glow As Part Of Another Treatment

While you can get an exfoliating salt glow by itself, many people like to combine it with other treatments, like massage therapy.

Combining a salt glow with other treatments provides a double-whammy of benefits. You feel more relaxed and refreshed while at the same time, improving the quality of your skin.

The modern world bombards your skin with toxins and fumes that cause inflammation. Even the food you eat can affect skin quality, making it appear redder and more prone to breakouts.

It turns out, though, that exfoliating salt glows can help. Natural sea salt contains unique compounds, like magnesium sulfate, which help to counteract inflammation in the skin, reducing signs of redness, dryness, and swelling.

Furthermore, when combined with essential oils, the skin is rejuvenated, looks brighter and bouncier, and reduces the appearance of tiredness.

Get Rid Of Bacteria

The bacteria that live on the surface of the skin and in pores can lead to breakouts, blackheads, and all other unsightly skin horrors.

Salt is one of the world’s oldest and most natural purifying agents, eliminating bacteria by both desiccating them and exfoliating the crevices in which they live. After salt glow treatment, you feel hygienic and fresh.

Popular posts from this blog

Microblading save make up time with great eyebrows. 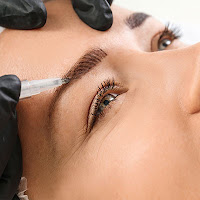 Are you in a continual struggle to get the brows you want? If so, then microblading in Henderson can help. It’s a safe and effective brow-coloring technology that offers a host of benefits that you just can’t get with other techniques.
What Is Microblading?

The term microblading might sound scary, but it isn’t. In a sense, it’s a form of tattooing that implants pigment in the brows to provide the semi-permanent appearance of makeup.
Microblading, however, is different from getting a regular tattoo. For one, it only penetrates the top three layers of the skin, instead of all seven, allowing the strokes to look crisp and sharp as if they were real hairs! It’s also semi-permanent, meaning that it won’t be with you forever.
Want to learn more about microblading? Here are the benefits:
Cuts Down On Time Spend Getting Ready In The Morning
Prepping your brows in the morning slows you down and takes away from time that could be spent doing something else. Microblading offers a solution. Not only…
Read more

September 02, 2019
A change of hair color Henderson can work wonders for sprucing up your style and giving you a confidence boost. If you’re thinking of trying out a new look for a new season, or you’re toying with the idea of a change, why not check out the top hair colors of 2019 and let us treat you to a new hair color in Henderson?

Top hair colors of 2019 Whether you’re looking for a subtle change or a more dramatic transformation, there are some fabulous color trends hitting the headlines in 2019. Here are some incredible ideas to give you inspiration.

Brunette balayage Brunette shades are beautiful in their natural state, but for those keen to add different dimensions and create something even more spectacular, balayage is the trend for you. This increasingly popular coloring technique adds depth by creating multi-tonal shades. This is a perfect option for those used to highlights, as well as people looking to enhance their natural hair color. You can choose from an array of shades to complement y…
Read more